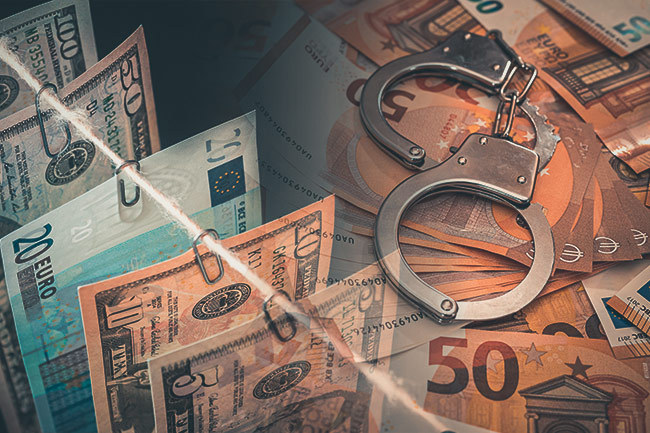 The Supreme Court of British Columbia has released a report on money laundering in the province, which reveals that casinos are the main source of illicit cash flowing into the country.

The b.c. money laundering report is a document that was released in Canada, and it details how much money has been laundered through the country’s casinos.

Federal attorneys have submitted an interesting report from a 2012 RCMP inquiry as the last days of Cullen’s Commission approach. According to the never-before-seen document, the inquiry discovered that the River Rock Casino in Richmond and the Starlight Casino in New Westminster were significant money laundering hotspots, with affluent customers acting as willing pawns.

The newly released document is one of the more eye-catching instances of B.C. casinos enabling high-rollers to launder their money on the premises. Federal attorneys used the “Investigational Planning” document to refute claims made by Great Canadian Gaming and Gateway Casinos & Entertainment, who control River Rock Casino and Starlight Casino, respectively.

Arguments in the End

The attorneys for Great Canadian Gaming Corporation alleged that there were gaps in police participation in the casino during the most recent phase of the money laundering investigation. And that investigating or rejecting dubious cash transactions was not the company’s duty. Any approved questionable transactions, according to lawyer Mark Skwarok, were due to human mistake rather than turning a blind eye.

Gateway Casino’s lawyer, David Gruber, claimed that the evidence about casino management refusing to adopt anti-money laundering requirements related to Great Canadian Gaming, not his client. The lawyer also claimed that Yu Xiang Zhang’s case was complicated by the casino’s prior ownership. Despite the casino’s knowledge that Mr. Zhang’s source of funds is suspect, he had no difficulty turning CA$1.2 million in casino chips into cash.

According to the RCMP study, many B.C. casinos routinely took large cash transactions in CA$20 notes from customers with connections to criminal activity and loan sharks. The RCMP also suspected that each of the aforementioned casinos employed VIPs, including Li Lin Sha, in their money laundering operations. Mr. Sha completed at least CA$59 million in questionable transactions between 2010 and 2015, according to the study.

According to the “Investigational Planning,” the two casinos were competing for Mr. Sha’s attention, and both facilities even created special solons only for him. Another big roller, Yu Zhao, who pretended to be the CEO of a Chinese milk business, purchased CA$1.8 million at River Rock Casino, mainly in CA$20 notes, according to the inquiry.

Surveillance and inquiry by the RCMP also discovered secret night-time parking lot meetings near the casino. High-rollers met with intermediaries during these encounters, who promptly conducted large cash transactions at the casinos. One of the intermediaries, according to the paper, was a B.C. politician with connections to River Rock Casino’s management.

Testimony of a Whistleblower

Previously, the panel heard testimony from Ross Alderson, the former head of anti-money laundering operations, who has since reappeared. Mr. Alderson said during his interrogation that he had attempted to interfere in a money laundering deal but was prevented by a casino management. He was also informed that he didn’t have the power to interrogate gamblers about where their money came from.

Former minister Richard Coleman, who was previously accused of turning a blind eye to illicit money laundering operations and influencing the RCMP, was also questioned by the inquiry’s counsel in May of this year. Mr. Coleman defended himself, claiming that he did not overlook the problem on purpose and that he had never hindered a police investigation.

The cullen commission final report is a document that has been released by the Canadian government. It details money laundering in British Columbia and how it can be stopped.